EEGA’s ScienceLounge on „Riding the Backlash Against Globalization – US Positioning Towards Russia’s Role in the World“ took place on January 8 at the DWIH in New York.

Against the backdrop of Russia’s new geopolitical ambitions, and in times of increasing American restraint, Eastern Europe appears to be forced to search for an adequate position in today’s global order. Squeezed in between Russia and the European Union, actors in the region are challenged to navigate their way in politics, culture, science and business, while being confronted by increasing disparities, the rise of populism, ongoing political crises, and mutual economic sanctions. But how to react to these pressing issues in times of relative reserve in the political discourse?

Under the title “Riding the backlash against globalization – US positioning towards Russia’s role in the world”, the Science Lounge provided a platform for public debate. It brought together researchers from both sides of the Atlantic, media representatives, NGOs, and policy advisors to discuss different perspectives on how to understand and react to geopolitics, migration, and regional development in Russia and Eastern Europe, and its position in a globalized world.

The event opened up a space for exchange between European and US communities, connecting public and scientific discussions on both sides of the Atlantic. Benedikt Brisch
(Director DWIH New York), David Gill (German Consul General in New York) and Matthias Kleiner (President of the Leibniz Association) gave welcoming remarks. Together with the audience, Corey Johnson (Department Head at University of North Carolina at Greensboro), Beth Mitchneck (Professor Emerita at the University of Arizona) and Sebastian Lentz (Director of the Leibniz Institute for Regional Geography) then challenged existing presumptions and empty words. In an open conversation, the experts offered insights into the mechanisms and structures of Eastern European societies and tried to understand the plethora of perceptions of seemingly overpowering processes of globalization, as well as the kaleidoscope of individual reactions to them. James M. Lindsay (Senior Vice President, Director of Studies, and Maurice R. Greenberg Chair at the Council on Foreign Relations) moderated the discussion.

Some impressions of the Event. 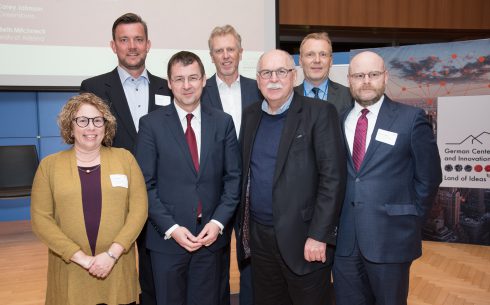 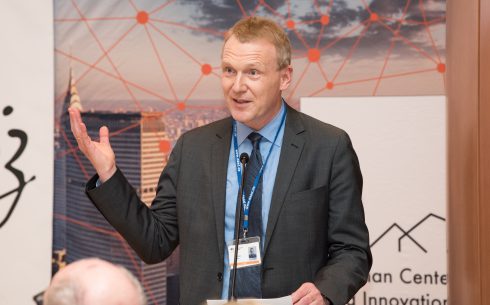 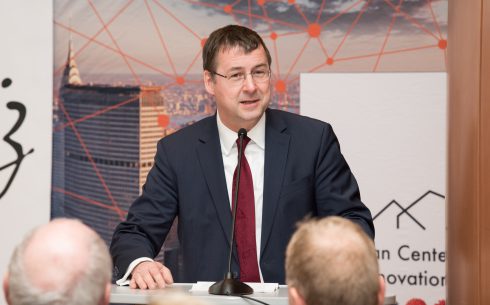 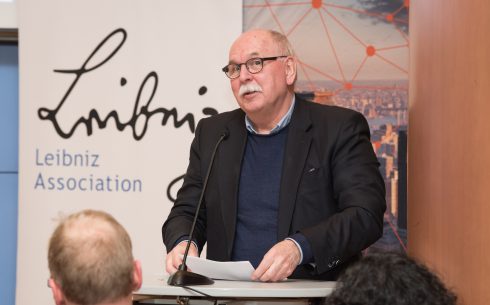 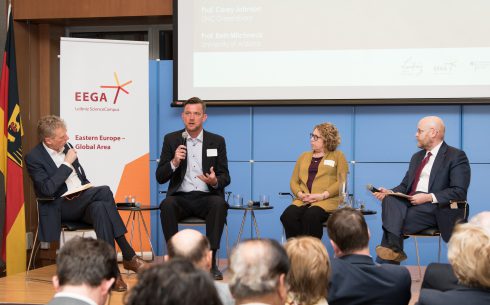 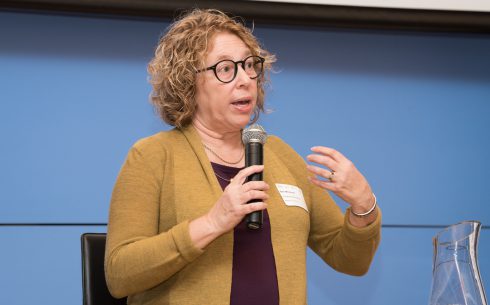