EEGA organized a book presentation of the two-volume A History of Modern Political Thought in East Central Europe in cooperation with the Leibniz Institute for the History and Culture of Eastern Europe (GWZO) on October 29, 2019.

A History of Modern Political Thought in East Central Europe is a synthetic work, authored by an international team of researchers, covering twenty national cultures and 250 years. It goes beyond the conventional nation-centered narratives and presents a novel vision especially sensitive to the cross-cultural entanglement of political ideas and discourses. Its principal aim is to make these cultures available for the global ‚market of ideas‘ and revisit some of the basic assumptions about the history of modern political thought, and modernity as such.

Part I and II of the second volume were presented by two of the editors Maria Falina, and Michal Kopeček. Dr. des. Friedrich Cain (Junior Fellow at the Max-Weber-Kolleg: for Advanced Cultural and Social Studies of Erfurt University) moderated the event, Joachim von Puttkamer (chair of Eastern European History at Friedrich Schiller University Jena und Director of the Imre Kertész Kolleg Jena) acted as commentator.

Some impressions of the event. 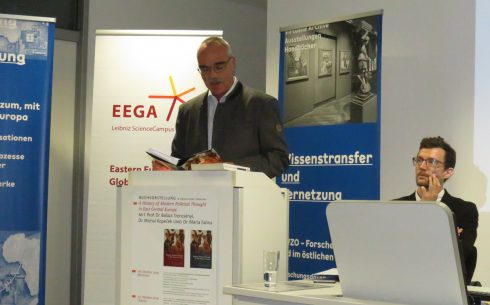 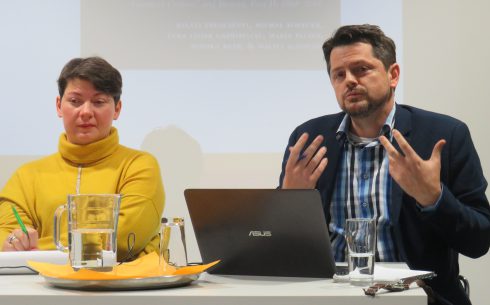 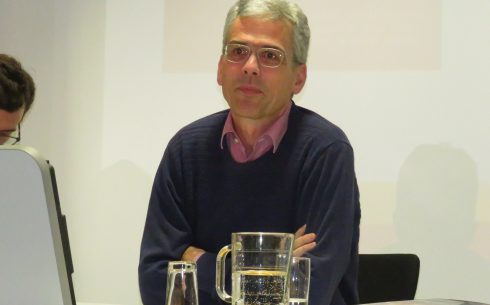 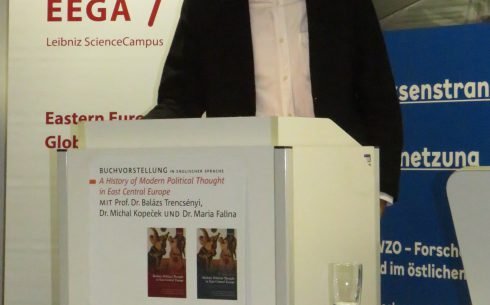