In general, narratives about the end of the USSR focus on domestic dimensions of the disintegration of the Soviet Union or discuss reasons and consequences of the Soviet decline in the context of Cold War history. Both perspectives are highly relevant for an interpretation of the events of 1991 and their consequences. Nevertheless, they too often obscure the view on other essential international and global perspectives.

The post-Soviet states, and Russia in particular, could not escape global and transnational processes. Their responses to global challenges and opportunities developed under the complex conditions of post-imperial transformation processes of politics, economy, society, and culture. At the same time, they had to take international models or role models into account. In Russia, the 1990s revealed tensions between historical, imperial legacies and traditions, hopes for new, democratic concepts and cooperation, and pressing transformation problems.
Meanwhile, the outside world discussed future roles of the Russian state, Russian society, economy and culture in all spheres of further international relations. For some governments and societies, the demise of the USSR had eliminated a constant source of unrest and danger. Others bemoaned the loss of a fundamental, socialist alternative to global concepts of parliamentary democracy of the West European and North Atlantic variety and of a liberal world economy. The former were hoping to integrate new Russia into given international relations, while the latter were looking for Russian support for alternative concepts of globalization.

The workshop of DHI Moscow will address these complex international relations of Russia in the post-Soviet period of upheaval on the basis of relevant thematic fields of global history. In doing so, it aims to bring together research on Russian and global history and to encourage a more intensive cross-fertilization between Eastern European and global history.

The workshop will take place on 28-29 October 2021. Working languages will be English and Russian (with simultaneous translation).

The deadline for proposals of no more than 400 words with brief biographical details is 2 May 2021.

For more information and contact details please see the Call for Papers.

Prev
BASEES Talks: Researching Russia and Eastern Europe as a PhD student in times of COVID
Next
New Publication by Media Advisory Board Member Gemma Pörzgen on recent developments in Belarus 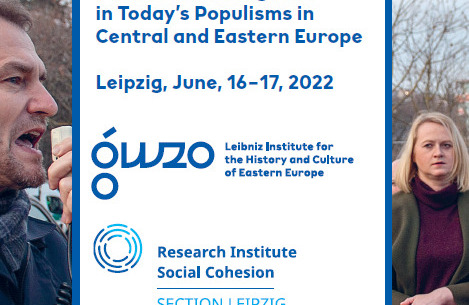